Just when you think you’re all done… 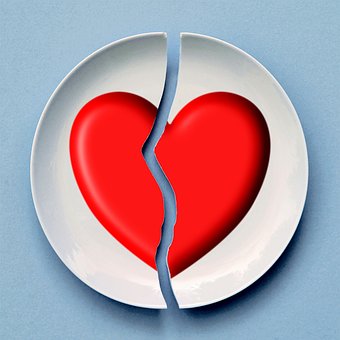 I initially filed for divorce on January 10, 2018. After a couple of hearings to make sure I had all I needed to have for the divorce the Final Hearing for the divorce was on October 8, 2018, with the General Magistrate. the Judge, who was also the judge for the DVI signed the papers on October 16, 2018, thirteen years from the day we met in person. I had just moved and mail is still in limbo so it was not timely.

I received the paperwork just before Thanksgiving which included an Income Withholding Order. I made a copy of the original which I will keep for my records. I sent the copy to his employer today. As he moves jobs and quits one to switch to another I will have it to send to the next one. The court set the payment through them and not through child support enforcement just yet and I am not sure why. I will sit back and await the next step. I also have to change my address through the courthouse so that will be taken care of next week.

I mailed the paperwork yesterday to his known employer and will await their response. Hopefully, by the first of the year, I will start receiving support but I have made it a year with two kids only receiving $400 in that time, what’s another few weeks? I know his routine because when we got together he already had 5 kids and I was around long enough for 4 of them to become adults. This is his pattern and oddly enough I am not upset. Why would I be any different than the last two?

He claims clean and sober and always has excuses as to why he can’t pay anything or help his daughters out. I will just buckle up and enjoy the ride. Before long he will work under the table and the fun will begin again, but this time without me backing him up because of what I didn’t know. I just knew that we were suffering and my children were doing without. I supported him as a good wife does. Not anymore. I am sure the new supply will hear some of the same things.

I am still thankful that I filed for myself even though things are happening a little slower than I would have liked but if I had filed with an attorney I would be further in the hole than I am now. Child Support will never be a guarantee because financial abuse is a form of abuse that narcissists use.